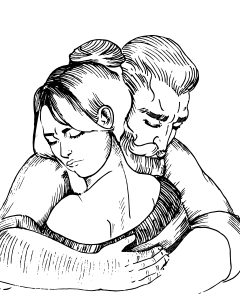 Dr. Dilanyan performed a varicocele surgery on me in August 2018, and I immediately started to recover very well. In just a couple of days I was fully back on track, with the path he mapped out before my surgery - walking, travelling, work, etc.
I felt complete confidence in his skills as a surgeon, and in his ability to bring with him a high caliber team. I am grateful to have been under his care, would not hesitate to recommend him strongly to others considering surgical treatment, and would be happy to talk with his patients to share my experiences.. He was what you hope to find in a surgeon – professional, knowledgeable and caring. I will forever be grateful to Dr. Dilanyan for giving me my health back. 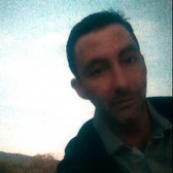 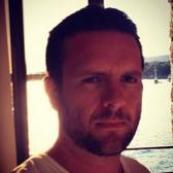 Reviews form Prodoctorov.ru website
I underwent a double-sided Varicocele operation in January 2016. Really pleased with the result. Would recommend Dr Dilanyan as a highly professional doctor in his field of expertise. It was also very easy to arrange coming to Moscow for the operation. Hospital stay was 1 day. The rooms were clean and well equipped. The medical staff were polite and well-disposed.

My long-distance acquaintance with Dr. Dilanyan started long before I became his patient. I used to read his Live Journal stories with great interest and always admired his talent for writing. Then I found out that the author of these amazing stories is also a great doctor. In every man’s life there comes a point when your body starts to malfunction. I was no exception. At the first sign of discomfort I decided to see a urologist and had no doubt regarding which one I needed to see. I got hold of his email address and wrote to him describing my situation. I was pleasantly surprised by his warm and welcoming attitude. All the necessary tests and investigations were done very quickly. As a result I was given the diagnosis of double-sided varicocele and the decision was made to operate. Dr. Oganes has performed an intricate operation to eliminate my condition. After spending 2 days in a clean and cosy hospital I was discharged. I never even thought about my condition again. I recommended Dr. Dilanyan to many of my friends some of whom had more serious problems and all of them thanked me for this recommendation. Dr. Oganes is a true professional, an amazing doctor and a great person. He is one of the few doctors that inspire trust and make you feel calm. I could not recommend him enough!

Review from Prodoctorov.ru website
I would like to thank Dr. Oganes and his team for performing such intricate work during my surgery on double-sided varicocele. I suffered with chronic prostatitis for 2 years and no one could diagnose me correctly. I came across a web article “ varicocele as a cause for chronic prostatitis” by accident and realised there was a connection despite many urologists being of the opinion that there is no connection between varicocele and prostatitis. I took a very long time choosing the right doctor. And chose Dr. Dilanyan due to his most modern approach to surgery (Marmar Operation) and minimally invasive procedure. It helped and I am now extremely happy! A big thank you to you and your team!

I contacted Dr.Oganes a few years ago with a rather unpleasant male problem. I cannot remember the exact name of it but my wife was seriously doubting her choice of life partner when it came to night time activities. Unlike other doctors, Oganes made the correct diagnosis and solved my problem very promptly although hearing him say “We will operate” after examining me frightened me a little initially. Now I am happy to watch my daughter grow and realise that had it not been for Dr Oganes things might not have had such a happy ending. In addition I would like to say that Dr. Oganes also helped my father, a man that has great mistrust in medicine, to combat his kidney stones and became the only doctor that my father trusts.

Review from Prodoctorov.ru website
My family has known Dr. Dilanyan for 6 years. I say “family” because I am able to use this term only thanks to him. He was recommended to me by another great doctor, a gynaecologist, E. Govorkova. I had very high white blood cell count in the urine, which almost permanently remained at 17000 mark and sometimes more. I had cystitis which did not only start from intercourse with my husband once in the blue moon but no longer went away at all, and got worse following intercourse. I was 33, it was 2010. My attempts to get pregnant were unsuccessful and gynaecologists could not help me due to my urine test results and constant inflammation. I saw 3 urologists, who looked at me with a dull expression, sighed and wrote “other chronic cystitis” in my notes and prescribed “Phytolysin”, herbs and antibiotics never even offering a follow up consultation while they sat in their huge leather chairs behind the oak desks with palm trees in the office and little fountains in the waiting rooms. Not a single one of them examined me even once. My gynaecologist advised me to see Dr. Dilanyan and I am grateful to her ever since. I rang him. His consultations took place very far away in the middle of nowhere in an old aviation hospital in Sokolniki where he occupied an old and simple consultation room. He examined me, performed an ultrasound scan and explained in great detail what was wrong with me. He sent me for a CT scan to a specific specialist and explained what I needed to do. As a result all the tests were done very quickly and with no hassle and another potential serious problem was quickly ruled out. Diagnosis was made of advanced gaping urethra. The solution was surgery with urethral transposition. While I was getting ready for my surgery my husband continued to be investigated for fertility issues by urologists and andrologists. Semen analysis, ultrasounds and other tests. His semen analysis results were not great and every subsequent one was worse than the one before. Ultrasound did not show anything. I mentioned this to Dr. Dilanyan during one of my consultations. He asked my husband, who was waiting for me outside to come in and see him. 10 minutes later I hear him exclaim “bingo” and varicocele diagnosis was made. My husband had his surgery before me.  My husband is 31. Intricate Marmar operation was performed under spinal anaesthetic. After the operation I immediately received a phone call to inform me the operation went well. He stayed in hospital for 1 night in a clean room with very friendly medical staff. Recovery took 1.5 days. He was fully recovered after about 6 months. Sperm quality gradually improved over this period of time and was back to normal after 6 months. My operation for urethral transposition was also performed under spinal anaesthetic and I spent 1 day in hospital. The staff were very attentive and the food was very good too. The operation was not the easiest as my case was quite complicated as they come.  I recovered very well with no post-operative pain.  Mucous membranes recovery went well under doctor’s control and he also kept in touch with my gynaecologist and gastroenterologist as I have an ulcer. I was fully recovered 7 months later. I have not had a single relapse and my sex life is great. And I had a baby at last. I still call Dr. Oganes with any questions I have. I will never use any other urologist. Over the past 6 years I recommended this great doctor to my friends several times. They are all very grateful for the chance to know this doctor.  Thank you Dr. Oganes for our family! You are a very skilful and attentive professional. Precise work, quick diagnosis and no unnecessary tests. Dr. Oganes does not make his patients run around and deals with a lot of things over the phone. He is very polite. He explains everything in simple terms. He is a very attentive doctor and never abandons his patients after the surgery has been done. He always rings to check up on them.